While writing a revolutionary article, Vladimir Ilich hears the voices and cries of the crowd in the street beneath him, witnessing the outburst of revolutionary fervor. After attempting to continue with his writing for some time, Lenin puts down the pen and descends into the street, admitting that “it is more satisfying and useful to take part in the ‘experience of the revolution’ than to write about it.”

An aesthetic revolution emerges from a similar enthusiasm. Political and social revolutions came into being with the French Revolution, which was then followed by its transposition in Kant. As an aesthetic revolution the same animating force appears in Friedrich von Schlegel, and then in the twentieth century in André Malraux’s La Métamorphose des dieux (1957), in which the author applies this notion to the incorporation of non-Western religious artefacts into the realm of art. More recently it is found in the work of Jacques Rancière.

An aesthetic revolution changes the ways in which we perceive and experience reality. It aims at a “redistribution of the sensible” (Jacques Rancière) in order to constitute the manner in which the “system of divisions assigns parts, supplies meanings, and defines the relationships between things in the common world.”

In Aisthesis: Scenes from the Aesthetic Regime of Art (2011) Rancière echoes Marx, stating that a “social revolution is the daughter of aesthetic revolution.” This brings to mind Miklós Szabolczi’s observation from 1973, that “a revolution without an avant-garde in art is really a pseudo-revolution.”

Can we claim that NSK caused an aesthetic revolution, and one that wasn’t based on class but on nation? This is one of the questions we shall examine in the lecture. This question raises the second one, based on the well-known statement by Josip Vidmar from 1932, where he argues that Ljubljana will become another Athens or Florence, making a mark on the world through its culture. We thus ask whether NSK has realized this ambition.

In summary, this talk will detail the aesthetic revolution that was realized by NSK, and which took place from Ljubljana to Moscow and back again.

Aleš Erjavec is research professor at the Institute of Philosophy, SRC SASA, professor of aesthetics at Ljubljana University and a visiting professor at Shanghai Jiao Tong University. He is the author, co-author or editor of fifteen books published in Ljubljana, Sarajevo, Berkeley, Belgrade, Jilin, Taipei, Newcastle and Durham. His main areas of interest are aesthetics, contemporary philosophy, contemporary art history, and cultural studies. 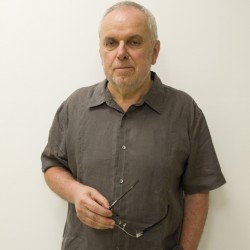 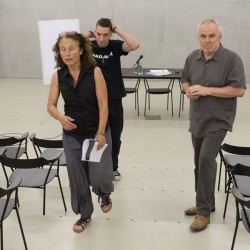 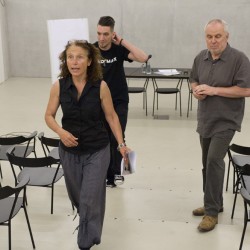 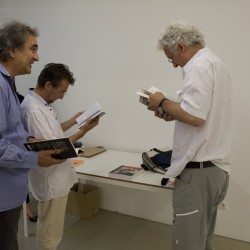 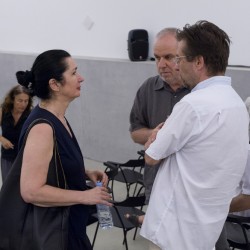 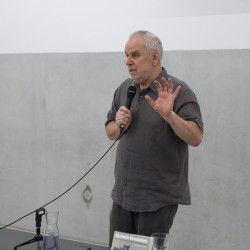 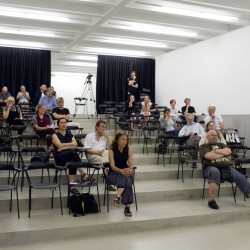 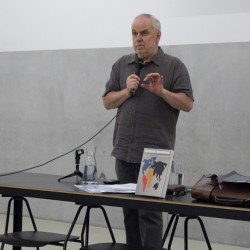 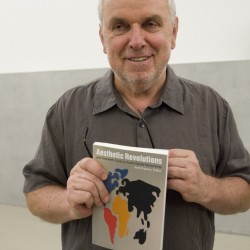