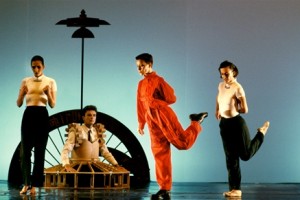 Among the most significant and surprising statements of NSK’s anonymous theater collective, the Scipion Nasice Sisters Theater – in addition to setting a date for its self-termination at the time of its founding, limiting its activities to four years – was when it distanced itself from the concept of theater as empty space, and declared itself a State:

Theater does not exist between the Spectator and the Actor.
Theater is not an empty space.
Theater is a State. (Scipion Nasice, 1983)
Yet, despite this proclamation, Scipion Nasice did not operate as a State, but as a nomadic war machine, announcing in its Founding Act that it had no stage, but instead occupied the spaces of all theatrical institutions. As an anonymous collective, and one without a stage, it had no center around which to organize and present itself, nor anyone to represent it – and was thus virtually invisible and unrepresentable, yet capable of appearing anyplace: in a private apartment, a town house, the national temples of culture, key national celebrations, and prestigious theater festivals. 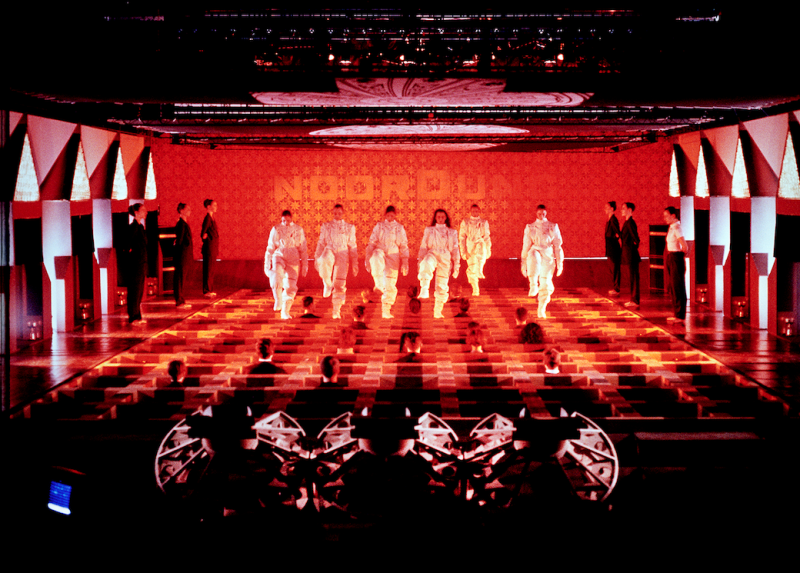 The Theater-State, as well as the entire NSK, used simulation and over-identification to “assimilate” and exorcise both the State and the historical avant-garde, in the same manner the State had dealt with the historical avant-garde when the latter over-identified with the former. This was an act of founding the impossible, simultaneously actual and virtual, totalitarian and sacral, and thus a form of State-Art: “The only truly Aesthetic vision of the State is the vision of the impossible State” (Scipion Nasice, 1983).
The lecture will revolve around this paradox, or better, the fundamental tension between Theater and State in Živadinov’s theater, or among nomadism, anarcho-cosmism and statehood, through all its incarnations, from the Scipion Nasice Sisters Theater (1983-1987), the Rdeči pilot (1987-1990) and the founding of the NSK State in Time (1991), to the Cosmokinetic Cabinet Noordung (1990-1995-2045) and KSEVT (2010).

Bojan Anđelković, MA, is an interdisciplinary artist, writer, and philosopher. He is the former editor of culture and editor in chief of Radio Študent, and the founder, curator and coordinator of the open radio research platform RADAR. He is presently completing his doctoral studies with a thesis on Dragan Živadinov’s theater and postgravity art at the Faculty of Humanities in Koper. 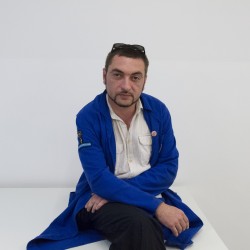 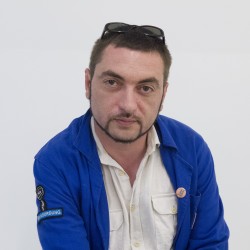 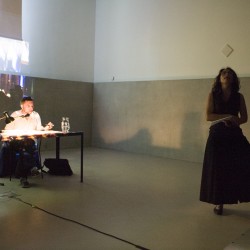 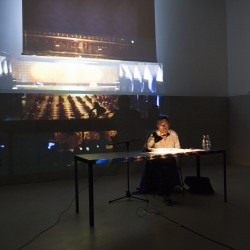 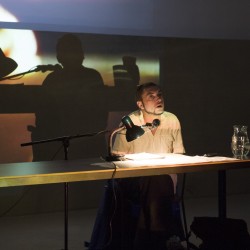 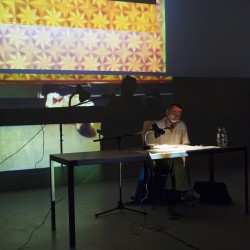 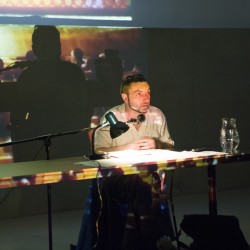 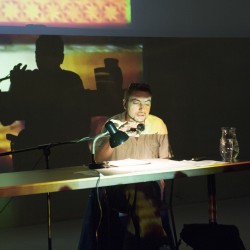