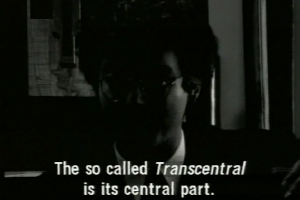 Produced by TV Slovenia/ Artistic programme, 1993; after the screening, a conversation with Marina Gržinić and Aina Šmid

Presentation of the video

Video, 20.05 min., produced by TV Slovenija / Artistic programme
A documentary/artistic project about the Neue Slowenische Kunst (NSK) movement: Laibach, IRWIN, Cosmokinetic Cabinet Noordung. It involves members of the core of NSK and together with them, we travel into the structure of the “utopian” NSK state, a state in time. The video Transcentrala is like a virtual explosion of the “rotating swastika”; splinters of this explosion take us into the very innards of NSK, saturated not only with “blood and mud”, but also with most ludicrous utopias, visions, strategies, the apocalypse and self-consciousness at the end of the millennium. The group IRWIN exhibited at the Slovenian Pavilion at the Venice Biennale, where the video was premiered in 1993 as part of their installation. The video was presented in the competition programme of the Oberhausen International Short Film Festival in 1994.

The video will be presented by its authors, Marina Gržinić and Aina Šmid.

Being involved in video since 1982, Marina Gržinić and Aina Šmid have collaborated in more than 40 video art projects, they made a short feature 16 mm film and numerous video and media installations; independently they directed several video documentaries and television productions. Doctor of philosophy, Gržinić works as researcher at the Institute of Philosophy at the Scientific Research centre of the Slovenian Academy of Sciences and Arts in Ljubljana and she is also Professor at the Academy of Fine Arts in Vienna. Šmid is Professor of Art History and works as the editor and contributor to art and design magazinea in Ljubljana. 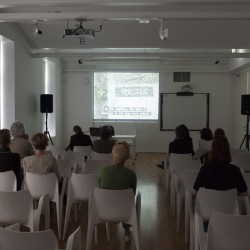 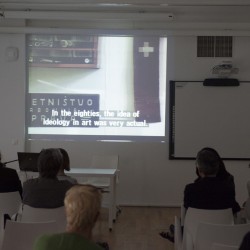 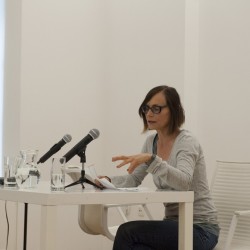