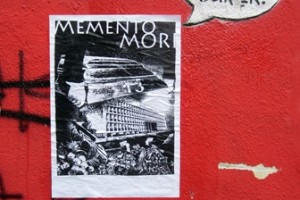 Workshop on political poster conducted by members of New Collectivism

The workshop was structured in two parts. It started with a short presentation of the idea of a political poster, understood by the New Collectivism and their past activities. The presentation was given by the three members of the NK group:  Miran Mohar, Roman Uranjek and Darko Pokorn. As a point of departure for the later practical work they suggested the postcard »Destructions«, which they did on basis of a poem by Slovene poet Srečko Kosovel in 1994.

In the second part the participants were working on their own posters using the collage method and the old  newspapers and magazines. These are the results, executed and presented together with Roman Uranjek and Darko Pokorn.

Results of the workshop conducted by New Collectivism. 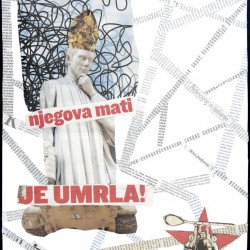 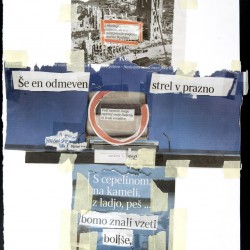 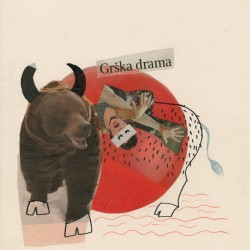 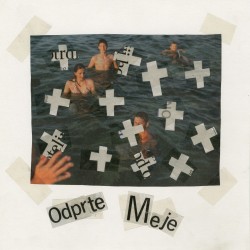 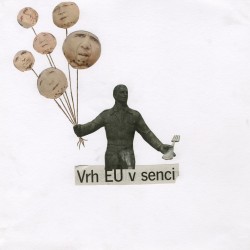 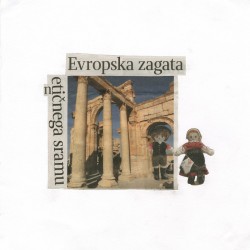 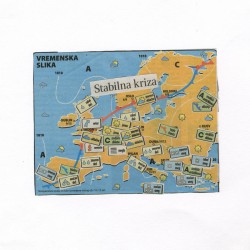 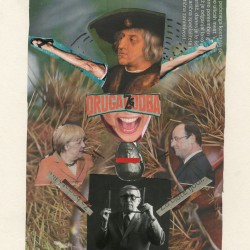 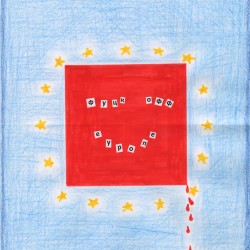 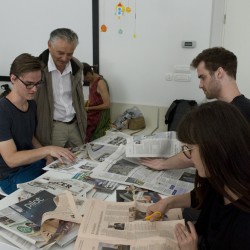