New Collectivism was established in 1984 as the graphic design department of Neue Slowenische Kunst. The members are Darko Pokorn, Roman Uranjek (IRWIN), Miran Mohar (initially a member of the Scipion Nasice Sisters Theatre, then a member of IRWIN), and Dejan Knez (Laibach). New Collectivism employs the method of retro principle. 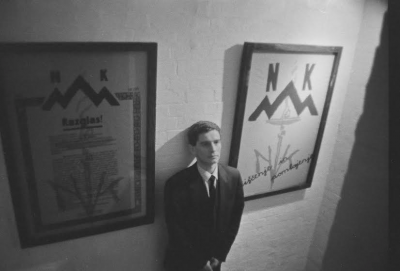 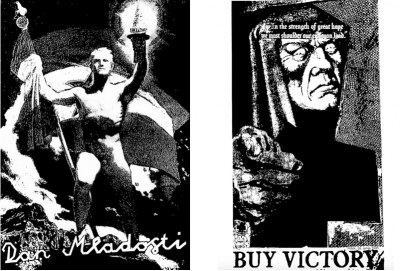 At the founding of the NSK collective, the three groups set up a fourth one, the design department New Collectivism, consisting of one member from each of the other NSK groups: Dejan Knez, Miran Mohar, Darko Pokorn (NC member) and Roman Uranjek.

New Collectivism first designed a coat of arms for the Neue Slowenische Kunst collective, and then went on to produce mostly catalogues and posters, album covers and special promotional objects, the most notable among them the Suitcase for Spiritual Use, made in the context of the Baptism under Triglav project.

New Collectivism was also entrusted with marketing these products, and thus with shaping NSK’s own economy.

Like other NSK groups, New Collectivism freely employed the retro principle method, which involved the eclectic use of relevant motifs and their reinterpretation. It also employed the procedures of montage. In the 1980s, New Collectivism often stirred up public opinion by juxtaposing motifs and symbols from heterogeneous and often antagonistic political and cultural contexts. Posters produced using this method were undoubtedly one of the high points of political poster design in Slovenia.

One of New Collectivism’s most notable projects in this sense was the work that set off the so-called poster scandal. The group’s entry for the best Youth Day poster competition in 1987, organized that year by the League of Socialist Youth of Slovenia, was based on a Nazi painting by Richard Klein entitled The Third Reich. Allegory of Heroism. After this entry won the competition it caused one of the most serious scandals in the history of Yugoslavia, in what was already a time of increasing instability, which would end with the violent disintegration of the country. New Collectivism reacted to the Ten-Day War in Slovenia by producing posters and putting them up around Ljubljana with the help of their friends.

Indeed, theirs were the only posters publicly displayed during the war in Slovenia.

New Collectivism also collaborated in establishing the NSK State in Time project, designing its passport and other state insignia. 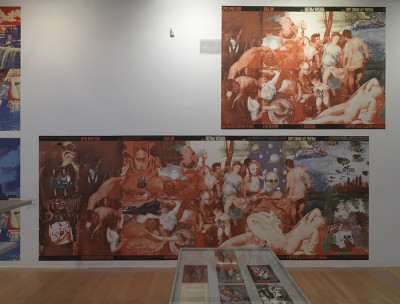 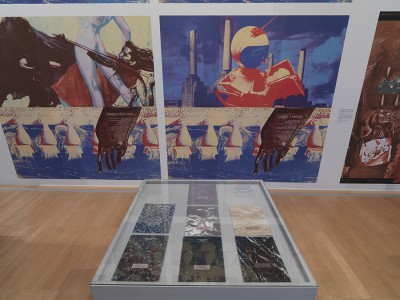 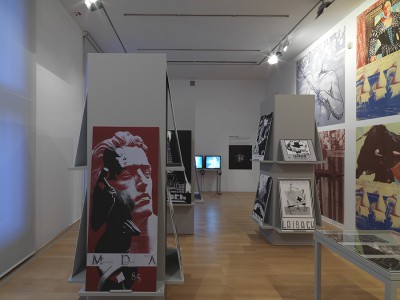